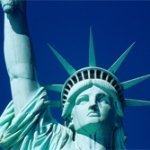 From the Carlisle Sentinel –

The Sept. 22 survey by the Pew Research Center of 2,002 adult Americans from all 50 states found that 49 percent of Americans now believe houses of worship should provide views on social and political issues, a 9 percent increase since 2012. The results reverse a trend in the biennial survey, which had shown consistently decreasing percentages of Americans in support of religious leaders expressing views on politics since 51 percent had indicated their support in 2006.

The survey was welcomed by Pennsylvania Catholic Conference spokeswoman Amy Hill, who said it “seems to suggest that people want to learn more about how their faith addresses the public policy challenges of today. What would Jesus do in response to our modern troubles?”