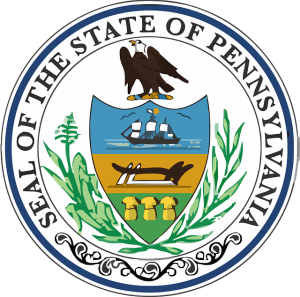 The Pennsylvania General Assembly is taking a mid-session break and will resume session late in January 2018. 2017 was a very busy year and more issues are on the horizon for 2018. Here is the status of the several high priority bills that are on the legislative agenda of the Pennsylvania Catholic Conference.

Bills That Made It Through

Several bills made it all the way through the legislative process in 2017. One bright spot in the difficult, prolonged budget debate was a $10 million expansion of Educational Improvement Tax Credits (EITC) which will benefit more students in Catholic schools.

The Pennsylvania General Assembly took a strong pro-life stand to ban barbaric dismemberment abortions and abortions when the unborn baby is able to feel pain (20 weeks). Both the Senate and the House passed Senate Bill 3 with overwhelming majorities. Unfortunately, Governor Tom Wolf vetoed the measure and there was no vote to override.

Governor Wolf did however sign House Bill 1139 into law. This law adds fire stations to the list of safe places where a newborn baby may be placed without penalty. Police stations and hospitals are also safe havens. Incubators will be placed in participating locations to hopefully prevent babies being abandoned in dumpsters or public restrooms.

The legislature reauthorized the Children’s Health Insurance Program (CHIP), but not without controversy. An amendment to correct regulations that allow coverage for sex reassignment surgeries for children was taken out of the final bill that went to the governor’s desk. The Pennsylvania Catholic Health Association and PCC will look for ways to address this again without compromising a valuable program that has given thousands of children access to health care.

Legislation to address the statewide opioid crisis was signed into law by Governor Tom Wolf. Senate Bill 446 establishes state-regulated minimum quality standards for the licensure of recovery houses that receive funding or referrals from government agencies. This new law is welcomed by the recovery houses operated by many Catholic Charities agencies within Pennsylvania’s Catholic dioceses.

The governor also signed the “Right to Try” Act into law which will provide terminally ill patients the opportunity to try experimental treatments, such as investigatory drugs, biological products and medical devices. It will allow access to treatments that have not been fully approved by U.S. Food and Drug Administration.

Issues Left To Do

There is much more work left to do in 2018. Legislation to create Education Savings Accounts (ESA) is being considered. Senate Bill 2 would give families that live in the boundaries of a chronically underperforming school a grant in the amount of the average state funding per pupil if they withdraw their students from public school. The money could only be used for tuition and expenses in a participating private school, for tutors, or other education expenses. The money would come out of the local school’s state subsidy; any unused dollars would return to the local school.

Senate Resolution 174 and House Resolution 609 each condemn the practice of selectively aborting babies with Down syndrome. Although resolutions do not have the force of law, they are useful gestures for raising awareness. Another resolution, HR 519, condemns the free availability of pornography because of the public health hazard it causes to children and families across the Commonwealth. It passed the House Health Committee in November and should be taken up on the House floor soon.

The Pennsylvania Catholic Health Association is reviewing legislation that would govern the use of POLST, Physician’s Orders for Life Sustaining Treatment. Senate Bill 623 and House Bill 1196 similarly outline how and when someone would use a POLST in an end-of-life situation. The concern lies in whether or not a qualifying condition must be present for a POLST order to be signed.

Beyond these moral issues, the PCC is tracking legislation that tackles social justice concerns as well. House Bill 1076 would create a land bank of blighted properties and transform them into safe housing for the homeless. With opioid addiction continuing its terrible toll on every community, more legislation will be considered including House Bill 825. This bill provides for a central registry of existing emergency drug and alcohol detoxification beds so health care facilities can better serve people with a substance abuse crisis.

This is by no means an exhaustive list of public policy issues that the Catholic Conference will review and advocate. Sexual orientation non-discrimination, access to health care, threats to religious liberty, and other proposals are all potential issues on the radar. For a list of the PCC’s positions on specific legislative proposals, log on and check out: www.pacatholic.org/legislative-review.