Measure to Protect Women and Children Ready for Governor’s Signature 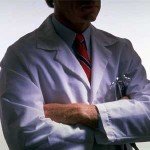 Among the many atrocities revealed at Dr. Kermit Gosnell’s “House of Horrors” abortion clinic in West Philadelphia was that several of his staff provided medical services without the proper training or license to do so. Consequently, a woman died and seven newborn babies were killed by infanticide in Dr. Gosnell’s abortion clinic. He is now serving three consecutive life sentences in prison for his role in the deaths.

Senate Bill 485, passed by both chambers of the General Assembly, will increase the penalty for those who commit the crime of impersonating a doctor of medicine. State Senator Joseph B. Scarnati III, (R- Cameron, Clearfield, Clinton, Elk, Jefferson, Mckean, Potter and Tioga), Senate Pro Tempore and prime sponsor of the senate bill, called this an important piece of legislation because “impersonating a physician can have dire consequences for individuals who unknowingly place their healthcare in the hands of someone who is not properly trained or experienced.” State Representative Matt Baker (R-Bradford, Tioga), sponsor of a similar measure in the House, said, “Those in the medical profession are generally highly respected and trusted individuals whom people seek out when they are sick, vulnerable and looking for help. It is unconscionable that a person, for whatever reason, would pretend to be a doctor.”

The legislation now awaits a signature from Governor Tom Wolf to become law.