Loving Our Neighbors: Taking a Stand on Immigration Reform 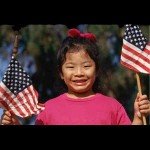 The Catechism of the Catholic Church instructs, “The more prosperous nations are obliged, to the extent they are able, to welcome the foreigner in search of the security and the means of livelihood which he cannot find in his country of origin” (CCC no. 2241).

We have long been the most prosperous nation in the world. For two centuries, the United States of America has been a primary destination for migrants. The family trees of 99% of Americans have roots beyond our borders. Nowhere is this more evident than in Catholic parishes across the U.S.

A century ago, millions of Italian, Irish, Polish, Ukrainian, German, and other European Catholics made their way to America to seek a better life for their families. More recently, people from Vietnam, Korea, Mexico and other Asian and South American countries have come to America, sometimes enduring great peril, to find economic opportunity, escape violence, and find hope. Our grandparents and great grandparents saw the Church in America as a welcome center and aid station for immigrants.

Today, our immigration system allows some foreign born family members of U.S. citizens and permanent residents to obtain legal residence in the U.S., but these laws are severely restrictive. Spouses, children and parents living abroad must often wait years, sometimes over a decade, for a visa to become available and for families to be reunited. Frustrated with these delays or perhaps seeking to provide financial support for their family members, many come without documentation. Often, poverty, war and desperation in their home countries drive them here. Today, some 8 to 10 million people live on the margins of society for lack of proper immigration documentation.

Immigration reform proposals are now being considered in Pennsylvania; but not all are hospitable to immigrants. Some “enforcement-only” proposals could seriously harm families and make a difficult situation worse.

Mark Shea, Esq., Administrator of the Immigration Program at Catholic Social Services in Philadelphia recently testified at a House State Government Committee hearing. He said, “Pope John Paul II spoke forcefully on the human rights and dignity of undocumented migrants. ‘The Church considers the problem of illegal migrants from the standpoint of Christ. Today the illegal migrant comes before us like that ‘stranger’ in whom Jesus asks to be recognized. To welcome him and to show him solidarity is a duty of hospitality and fidelity to Christian identity itself.’ (World Migration Day 1996)

“Undocumented migrants challenge our duty to all our brothers and sisters: ‘You shall treat the alien who resides with you no differently than the natives born among you; have the same love for him as for yourself; for you too were once aliens in the land of Egypt.’ (Leviticus 19:33-34)”

Shea impressed upon the committee that, “every human being possesses inherent dignity regardless of his or her immigration status.” Studies and his own experience reveal the emotional and financial damage that occurs with family members left behind when their mother or father, wife or husband, is deported or detained, “Children of undocumented immigrants suffer terribly as a result of the enforcement of our currently broken immigration laws.” He cautioned lawmakers to consider carefully the impact on families.

The Church does not condone or encourage undocumented immigration. Further, we believe it is appropriate to have public policies that give order to immigration, respect national sovereignty, and provide a pathway that protects and helps newcomers to live, work and fully participate in their new communities. But as Shea concluded, “We live in an imperfect and broken world, and when laws contradict the very heart of Christ’s message, we have a duty to advocate for change in those laws. The family is the fundamental building block of society. We ask that protection of the family, charity toward all regardless of immigration status, and factually-grounded concerns for public safety drive consideration of all measures.”