Legislation introduced to address lack of housing for the homeless 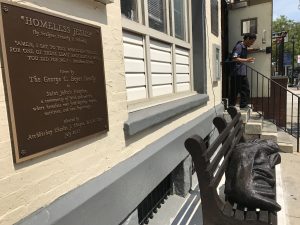 The Pennsylvania Catholic Conference stands in support of legislation, House Bill 1076, that would use collaborative relationships among municipalities to address the need for housing for the homeless across the state.

The bill, introduced by state Rep. Tom Caltagirone, D-Berks, would form what are commonly referred to as ‘land banks’ at the municipal level, enabling municipalities to enter into partnerships with private developers and others to convert abandoned and blighted properties into housing for the homeless.

According to federal estimates, the majority of the homeless in Pennsylvania are staying in emergency shelters, with the remainder living in cars, abandoned buildings or under bridges.

Additional measures aimed at addressing Pennsylvania’s homelessness have also been introduced during the 2017-18 legislative session.

The “Homeless Bill of Rights” has been introduced by state Reps. Isabella Fitzgerald and Thomas Murt of Philadelphia. That legislation is designed to protect fundamental civil and human rights of the homeless population.

On July 31, a sculpture named ‘Homeless Jesus’ was unveiled in Philadelphia. Archbishop Charles J. Chaput was on-hand at the unveiling of the first-of-its-kind statue in Pennsylvania, calling it a visible sign of commitment to an overlooked population. The sculpture rests along Race St. in front of a building that serves meals to the city’s homeless.