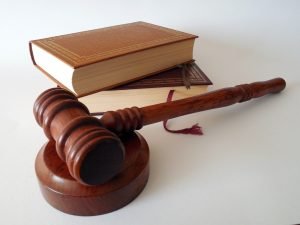 According to the religious liberty advocacy group Becket, Philadelphia-based foster families will be in court Monday fighting to end a new City of Philadelphia policy that is currently leaving numerous foster homes empty. In Sharonell Fulton, et al. v. City of Philadelphia, the City issued a new policy barring Catholic Social Services from placing children with foster families, solely because the City disagrees with the agency’s religious beliefs. That policy is causing serious problems for foster kids and families, and Catholic Social Services has asked a court for an urgent ruling by June 30.

In March, the City of Philadelphia issued an?urgent call for 300?new foster parents to provide loving homes for some of the over 6,000 kids in Philadelphia foster care. That same month, the City abruptly barred Catholic Social Services, one of the city’s top-rated foster agencies, from placing children with foster parents like Sharonell Fulton, who has fostered over 40 kids in the last 25 years. This decision makes it exponentially harder for hundreds of children in need of foster care to find homes. Represented by Becket, Sharonell Fulton, Cecelia Paul, Toni Simms-Busch, and Catholic Social Services are asking the court to halt the City’s harmful policy and allow kids to be placed in a loving home.

Becket is a non-profit, public-interest law firm dedicated to protecting the free expression of all religious traditions?and has a 100% win-rate before the United States?Supreme Court.?For over 20 years, it has successfully defended clients of all faiths, including?Buddhists, Christians, Jews, Hindus, Muslims, Native Americans, Sikhs, and Zoroastrians?(read more here).