Inform Your Conscience: Who’s Who in the 2017 PA Primary Election 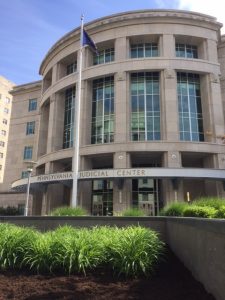 Pennsylvanians will take to the polls on Tuesday, May 16, 2017, to select candidates to represent their political parties in the state and local judicial elections, and municipal elections. What are the duties of these offices and why are they important to Catholics?

The Supreme Court of Pennsylvania is composed of seven justices. It is Pennsylvania’s highest court, so in matters of law it is the Commonwealth’s court of last resort. It is also the oldest appellate court in the nation. Most of the cases that come before the PA Supreme Court are requests for discretionary appeals from the Commonwealth Court and Superior Court; direct appeals from a lower court’s decision, including when a sentence of death is issued; requests to intervene in a lower court’s proceedings; or requests to let someone go from illegal detention.

Pennsylvania’s Superior Court is one of two intermediate appellate courts. Fifteen judges sit on this court to hear appeals in criminal and most civil cases from lower local courts, and appeals on matters involving children and families. The other intermediate appellate court is the Commonwealth Court. The nine judges on this court primarily hear cases that involve state and local governments and regulatory agencies. It also acts as a trial court when lawsuits are filed by or against the Commonwealth.

In the Primary Election, each political party will select its candidates for one Supreme Court Justice; four Superior Court Judges; two Commonwealth Court Judges; and the various candidates for the local courts and local municipal offices such as mayor, city council, school board, and others.

PA Supreme Court (vote for one)

The judges we elect have an important job. While our advocacy is directed toward the legislative process, many matters concerning abortion, the death penalty, religious liberty, marriage, and other questions of social justice may come before the courts. The checks and balances that the judicial branch has on the other branches of government are significant. We have a duty to support candidates that uphold moral values in all branches of government.

There are a few sources of information where voters can gain insights into the qualifications and values of the judicial candidates. Some groups ask general questions on their candidate surveys; for example, the PA League of Women Voters and the PA Bar Association. Other groups may be more focused on the candidates’ positon on a few particular issues such as the PA ProLife Federation, the PA Family Institute or the National Organization for Women. You can also learn a lot about a candidate’s views from the endorsements they receive. Click the links on the names above to see the endorsements listed on each candidate’s campaign website.

Get Out To Vote!

Mark your calendar for Tuesday, May 16, 2017. Get details about your polling place at www.votespa.com. And pray for Pennsylvania’s elected officials!