In the final days of their 2011 session, the Pennsylvania House of Representatives did not take up the issue of vouchers to the great disappointment of school choice proponents across the state. 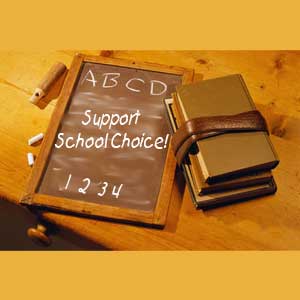 Senate Bill 1, The Opportunity Scholarship Act, passed the Senate in late October by a vote of 27-22. School choice supporters were hopeful that families in Pennsylvania would soon be able to choose the education that is best for their children, but the voucher proposal discussed by House leadership was vastly different than Senate Bill 1.  Ultimately, this different language was never put before the House for a vote. Legislation concerning charter schools that included an increase to EITC was put forth for a vote and did not pass.

Senate Bill 1 remains an active piece of legislation. One part of Senate Bill 1 is the Opportunity Scholarship, or voucher, program; another important part is an increase the long standing and successful Educational Improvement Tax Credit (EITC) program. Recognized as a national model and the best example of public-private partnership in Pennsylvania, the EITC program has allowed more than 40,000 students to attend the school of their choice in this school year alone. Hundreds of public school initiatives would have gone unfunded without this program.

The inaction on vouchers in the House is disappointing, especially for those who see school choice as a social justice issue. In a statement in support of school choice, the Pennsylvania Bishops said, “The current treatment of these children, particularly children from low-income families, is unjust and inequitable. Families are often prevented from accessing the educational options that would be best for them because of economic or social barriers. School choice legislation that includes vouchers and an increase to EITC reinforces that parents – not the state – are the primary educators of their children.”

Send a message of support for school choice to your legislators using the Catholic Advocacy Network here.