How One Text Message Made Rep. Daryl Metcalfe Even More Passionate About Being Pro-Life 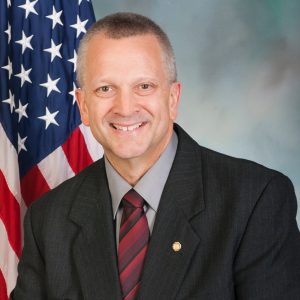 State Rep. Daryl Metcalfe (R-Butler) was sitting in his Capitol office one day when he got a text message from his daughter.  It was the kind of message that Metcalfe had never gotten before. His daughter was pregnant and was sending him an ultrasound recording of her baby.

I’ve been talking with Metcalfe and other pro-life lawmakers who have signed on to be co-sponsors of the “heartbeat bill” that is being put forth by Rep. Stephanie Borowicz (R-Centre, Clinton). It would prohibit an abortion after a heartbeat is detected. Borowicz has gotten a good response from her colleagues but is looking for even more co-sponsors before she plans to introduce it in the fall session.

“When parents, grandparents, aunts and uncles, brothers and sisters can hear the heartbeat of that baby, I think that changes things as far as how you treat that life,” Metcalfe said. “I think this is a great bill. I think we need to move on it swiftly as so many other states have done. I think the pro-life make-up of our General Assembly should ensure victory on that vote.”

Metcalfe did concede that Governor Wolf is not pro-life, so there is the threat of a veto if the heartbeat bill does pass. But he said that should not stop the effort.

“It is our duty to put good policy on his desk. And then he does what he’s going to do as Governor and then we have a duty to execute in override fashion if we have enough votes to make the policy happen without his signature.”

Metcalfe is very conservative and has long advocated for smaller government and minimal taxation. But he was also recently named Chairman of the Environmental Resources & Energy Committee. That job keeps him in tune with the state parks, waterways, air quality and waste issues.

“Our first public hearing this year was on the nuclear waste issue,” he said. “There’s been some talk in the hallways of subsidizing nuclear power, which many of us don’t agree with.  I support nuclear power, but there are some waste issues that have to be considered when you’re talking about the total cost to the consumer and the taxpayer.”

Metcalfe talked about a health issue that most people are probably not aware of.  It deals with compounds that are found in a wide range of products, including Teflon pans and onesies for babies. He says the compounds can be toxic and that a petition is being circulated to have the state regulate their usage.