How a bill really becomes a law 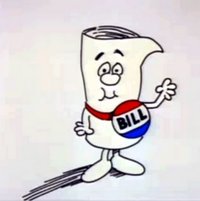 “I’m just a bill and I’m sitting here on Capitol Hill.” If you are of a certain generation, you probably learned about the legislative process from this memorable cartoon jingle. How a bill becomes a law is one of the basic lessons everyone learns in youth.

Pennsylvania’s state government works much the same way our cartoon friend describes it. A bill follows a deliberate procedure of committees, caucus discussions, floor debate, passage in both chambers of the General Assembly, and finally a signature from the governor.

Every year, more than 5,000 bills are introduced; but only a fraction are seriously considered. Even fewer come up for a vote and become law. Simply following legislative protocol is not enough. A bill must successfully navigate the political process to become a law.

These leaders select the legislators who will chair the standing committees. They also determine which committee will be assigned a particular bill. The committee chair determines if the bill will get a hearing or be considered for a vote. The leaders and committee chairs have significant influence over which bills “move” or don’t.

Constituents who live in the leaders’ districts have influence. After all, the legislative leaders must be elected to the office of State Representative or State Senator first. But as legislative leaders, they have a duty to keep their caucus members happy.

There are four caucuses in the Pennsylvania General Assembly – House Republicans, House Democrats, Senate Republicans and Senate Democrats. The caucus members are all the other legislators who are members of those political parties.

These “rank and file” legislators can put a lot of pressure on their leadership and the committee chairs to move or not move a bill. This is where the rest of us can exercise our influence.

Legislators pay close attention to the attitudes and opinions of the voters in their district. We can ask them to vote yes or no on legislation that matters to us; but it is equally important to speak out long before a vote is scheduled. All of our state representatives and senators can influence their leaders to place the bill in a favorable committee, move it to a vote and debate it on the floor. We must encourage them to do it.

In the new legislative session, many bills will be introduced that could affect Catholic education, religious liberty, life and the dignity of the human person, marriage, family, social justice, health care and beyond. The Pennsylvania Catholic Advocacy Network keeps tabs on these legislative initiatives and alerts its members when it is time to act. Members of the Network are tipped off when speaking out will have the most impact.

Lend your voice to the Pennsylvania Catholic Advocacy Network. Get involved. Make a difference. Sign up at pacatholic.org. Our cartoon bill hopes and prays that he will be a law someday. Let’s help him be more than just a bill.