Below is a sampling of recent statements, columns and videos from the bishops of Pennsylvania on matters of public policy.

A STATEMENT OF THE PENNSYLVANIA CATHOLIC BISHOPS ON THE 2012 ELECTIONS

“How we got where we are, and the value of the past” by Archbishop Charles J. Chaput, Archdiocese of Philadelphia

“Integrity and the Political Arena” by Bishop Lawrence E. Brandt, Diocese of Greensburg

“Take your faith into the voting booth” by Bishop David A. Zubik, Diocese of Pittsburgh

In keeping with its decades-long tradition, the Pennsylvania Catholic Conference (PCC) has published election resources to inform Catholics about a wide range of issues before the November 6 elections.

“The Catholic Church regards voting and civic engagement as a moral responsibility,” said Dr. Robert J. O’Hara, Jr., executive director of the PCC. “As a service to help Catholics inform their consciences before entering the voting booth, the PCC staff researched, surveyed and interviewed candidates about their positions on key Catholic issues. The Church neither endorses nor opposes candidates for public office. The materials we developed as an agency of the Church are for informational purposes only.”

END_OF_DOCUMENT_TOKEN_TO_BE_REPLACED 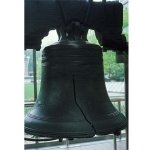 Conflicts with religious liberty have dominated the news this year. The coercive Department of Health and Human Services (HHS) mandate requiring private health plans including religious institutions to cover contraception, sterilization and abortion-inducing drugs received the most attention, but a church-state conflict over religious childcare ministries here in Pennsylvania is also important.

END_OF_DOCUMENT_TOKEN_TO_BE_REPLACED

A Common Pleas Court judge today issued a stay of execution for Terrance Williams. The Philadelphia District Attorney has appealed this decision.  If this order stands, Mr. Williams will have a resentencing hearing. Stay tuned for more updates.

Williams would have been the first execution in PA in over a decade, and the first non-volunteer execution in 36 years. The next execution scheduled in Pennsylvania is for Hubert Michael on November 8, 2012.

Pennsylvania’s bishops wrote to the Board of Pardons earlier this month, “We are not advocating that Mr. Williams go unpunished for the crimes for which he was convicted.  However, the modern penal system provides alternatives to taking the lives of guilty persons, alternatives that break the cycle of violence in our society.  Punishment should reflect our belief in the inherent human dignity of each person.”

In Evangelium Vitae, Pope John Paul II reiterates the teaching in The Catechism of the Catholic Church, “If non-lethal means are sufficient to defend and protect people’s safety from the aggressor, authority will limit itself to such means, as these are more in keeping with the concrete conditions of the common good and more in conformity with the dignity of the human person. Today, in fact, as a consequence of the possibilities which the state has for effectively preventing crime, by rendering one who has committed an offense incapable of doing harm — without definitively taking away from him the possibility of redeeming himself – the cases in which the execution of the offender is an absolute necessity ‘are very rare, if not practically non-existent’” (Catechism, no. 2267; Evangelium Vitae, 56). Read more about what the Church teaches about capital punishment from the Pennsylvania Bishops.

Terrance Williams’ life was spared, but threat of continued violence is still before us. The next execution could come as soon as November 8. Click here to send a message to Governor Corbett in support of life.

In keeping with its mission, the PA Catholic Conference aims to educate and inform Catholics about a wide range of issues. As such, we produced a series of resources to help voters prepare for the November 6 election.

The information listed here explains the candidates’ positions in their own words.  It has been compiled from interviews, questionnaires, policies, public statements, official and campaign websites and other resources to help voters inform their consciences before heading to the voting booth. The issues covered here appear for informational purposes only and do not represent a complete list of issues that may be of importance to Catholics. The PCC neither supports nor opposes any candidate for public office. The comments, votes and statements are merely snapshots from each candidate’s public career and campaign.

A Statement of the Pennsylvania Catholic Bishops on the 2012 Elections (November 1, 2012)

If you have questions about political activity by Catholic entities, click here.

Click here to ask Governor Corbett for a reprieve.

Terrance Williams is scheduled to be executed on Wednesday, October 3.  On September 17, the Board of Pardons voted 3-2 vote in favor of clemency, but a unanimous vote was needed. The Attorney General was among those who voted for clemency, so the Governor should seriously consider a reprieve in this case.

Meanwhile, the legislature has appointed the Pennsylvania Task Force and Advisory Committee on Capital Punishment to evaluate the effectiveness of the death penalty in PA. The findings and recommendations of the research will be presented in December 2013. Why not allow them to finish their important work before ending another life? What harm would be done by waiting another year to hear the findings of this task force?

Mr. Williams accepts responsibility for his crimes. He should be punished and separated from mainstream society, but justice can be effectively served with life imprisonment. We have the means to protect the community, respect the human dignity of Mr. Williams and others like him, and at the same time accomplish justice.

Click here to read the letter from PA’s Bishops in support of clemency.

Click here to ask Governor Corbett for a reprieve. 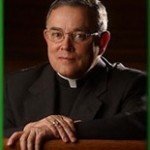 In his weekly column, Philadelphia’s Archbishop Chaput (and PCC Chairman) addresses the death penalty and the upcoming execution of Terrance Williams.

“We should think very carefully in the coming days about the kind of justice we want to witness to our young people.

Most American Catholics, like many of their fellow citizens, support the death penalty. That doesn’t make it right. But it does ensure that the wrong-headed lesson of violence “fixing” the violent among us will be taught to another generation.

As children of God, we’re better than this, and we need to start acting like it. We need to end the death penalty now.”

Click here to send a message to the Board of Pardons asking them to commute the sentence to life in prison.

Why Should We Register to Vote? 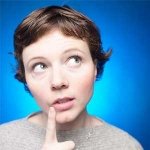 A long time ago I asked a fellow college student if she was excited to register to vote on her upcoming 18th birthday. My classmate replied, “why would I do that, I’m not a political science major?!”

I never forgot her words. She asks an important question – why should we register to vote?

END_OF_DOCUMENT_TOKEN_TO_BE_REPLACED

More than 46 million Americans live in Poverty in the USA 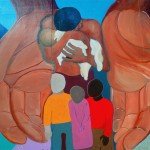 Americans families were having a difficult time making ends meet before the recession. With continuing unemployment and increasing costs of living, more and more families have to choose between necessities like health care, child care, and even food.