A History of Helping the Poor

by Blue
homeless, hunger, poor, portraits of the poor
Comments are off 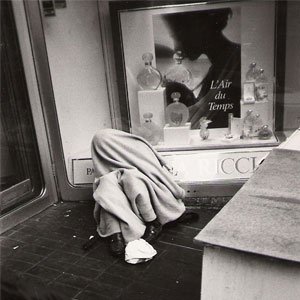 The Pennsylvania General Assembly passed its 2018-2019 spending plan a full five days before the constitutional June 30 deadline. Part of this year’s $32.7 billion budget includes $12.5 billion for human services that help the poor – Medicaid, Supplemental Nutrition Assistance Program (known as SNAP or food stamps), housing assistance, Temporary Assistance to Needy Families (TANF) and others. Many line items represent the state’s obligation toward implementing federal programs. While these programs may seem like a fact of life today, they were not always available to people in need.

When the economy doubled from 1920 to 1929, Americans found it hard to believe that anything but good would come to the United States and its citizens. The stock market hit its peak in August 1929, and few Americans were out of work. But on October 29, 1929, “Black Tuesday,” the stock market suffered a calamitous crash. The rush on banks caused financial turmoil, many valuable American jobs were lost, and people everywhere were left with little to nothing. To make matters worse, a severe drought caused decreased food production and increased food prices. Bread lines and soup kitchens became necessities, and many families broke apart. There was genuine fear for the future and the resulting wide spread poverty was known as the Great Depression.

In 1932 Franklin Delano Roosevelt was elected president of the United States. He proposed many social programs to improve the lives of Americans including the Social Security Act. It was meant to support those who lost their jobs, the elderly, survivors of family breadwinners who passed away, and dependent or disabled children.

American Catholics were on the front lines of caring for the poor through the Church’s charitable works, but also in advocacy for social justice. The National Catholic Welfare Conference (a precursor to today’s United States Conference of Catholic Bishops) wrote a letter to Congress articulating Catholic support for the Economic Security Act, “Everything that promotes just legislation, and particularly such legislation as is beneficial and helpful to our needy citizens in this time of wide-spread distress, has received and will receive the full support of the National Catholic Conference.” They also advocated for the law to support the kind of public/private partnerships that are common today.

Decades later President Lyndon B. Johnson furthered Roosevelt’s work. His “War on Poverty” helped poor communities by creating jobs, issuing loans, and providing guarantees for employers that hired the unemployed. Greater access to health care was granted when Medicare and Medicaid became law. And schools and early childhood programs like Head Start were given greater resources.

There was much debate in the 1930s and the 1960s about the role of government in alleviating poverty. The debate continues today; but what remains is the need for society to care for the poor. Government alone cannot solve the problem of poverty. As Catholics we must do the best we can with the charitable works in our Church; but also work to change public policy to eliminate contributing factors to poverty.

“A History of Helping the Poor” was written by Ethan Miscavige, a high school student doing a summer internship with the Pennsylvania Catholic Conference. PCC Communications Director Amy Hill contributed to this story.