Health reform that respects life, a victory and a challenge 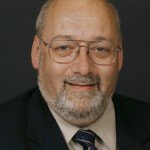 On November 7, Congress gave many observers a big surprise. On a vote of 240 to 194, the House of Representatives approved an amendment to maintain longstanding policies against federal abortion funding in proposed health care reform legislation. What’s more, the House then passed an ambitious health care reform bill, and inclusion of the pro-life amendment was hailed as decisive in making its approval possible.

Two realities helped produce this result. First, there has long been a significant pro-life caucus in the Democratic party, and it has grown in the 2006 and 2008 elections. Pro-life Democrats, led by Rep. Bart Stupak (D-MI), united to insist that House leaders allow a vote on an amendment to fix the abortion problem in this bill.

The second reality is that one of the strongest voices for health care reform, the Catholic Church, has consistently urged that authentic reform must respect the life of all, including immigrants, the poor, and the unborn. The Church has credibility because of its clear moral teaching, its decades-long support for reform, its experience in running the largest nonprofit health care system in the nation, and its preferential love for the poor and vulnerable. The bishops supported the pro-life Democrats’ effort so much-needed reform would not become a vehicle for forcing more Americans to pay for abortions. When the effort succeeded, more members could support the bill.

Abortion advocates, stunned by this defeat, have put their “spin machine” into high gear. The legislative process was hijacked by the Catholic Church, they say, to pass an extreme amendment that goes far beyond current law and restricts private abortion coverage.

But what the Church did here, on a large scale, was what it always does: It raised facts and arguments to support an effort in Congress, led by members of the majority party, to improve legislation that directly impacts Catholic values — and it informed lay Catholics around the country so they could raise their voices as well.

Charges against the amendment itself are also misplaced. Exactly reflecting the Hyde amendment and other provisions that have long governed all other federal health programs, the Stupak amendment keeps federal funds from subsidizing elective abortions and health plans that include such abortions. Health plans using only private funds are not affected; even people who use federal subsidies to purchase their overall health plan may use their own money to purchase a supplemental abortion policy if they want to.

So the Stupak amendment simply ensures that when federal funds are used, Americans will not be forced against their will to pay for other people’s abortions. In a nation where most Americans do not want public funding of abortion, and do not want abortion in their own health coverage, this is a fair and modest amendment that will let millions of Catholics and others support health care reform in good conscience.

Nevertheless, we are sure to see many false attacks on this provision and on the Church’s efforts as the Senate takes up this issue next. We need to arm ourselves with the truth, then let our voices be heard in Washington. Authentic health care reform – reform that will help the poor, uphold the dignity of immigrants, and respect the life and conscience of everyone – may be in our grasp, unless we let it be taken away from us.

This article was written by Richard M. Doerflinger, Associate Director of the Secretariat of Pro-Life Activities, U.S. Conference of Catholic Bishops. Go to www.usccb.org/prolife to learn more about the bishops’ pro-life activities.