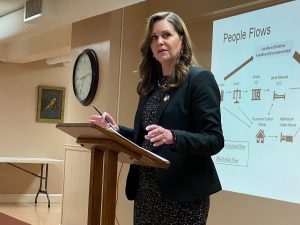 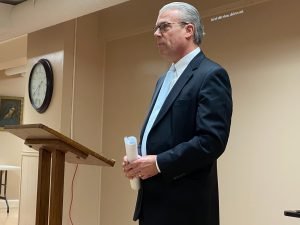 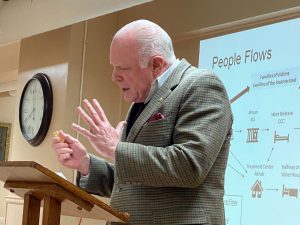 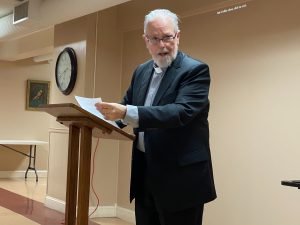 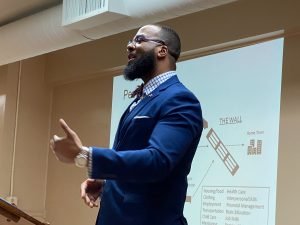 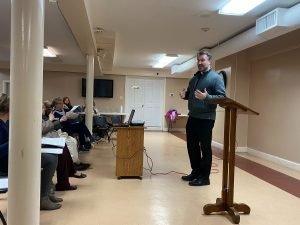 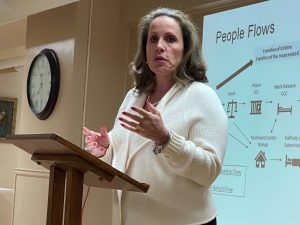 The Mercy Matters Committee of the Diocese of Harrisburg hosted another forum this week on social issues, this time on criminal justice reform.

Fr. Joshua Brommer and Dan Reisteter of St. Patrick’s Cathedral welcomed state lawmakers Sen. Camera Bartolotta (R-Beaver, Greene, Washington) and Rep. Sheryl Delozier (R-Cumberland) to speak about legislation they’ve sponsored on the issue. They were joined by Brandon Flood, Secretary of the PA Board of Pardons, Deacon Jim Doyle, who has spent years working with inmates, and former Speaker of the House, state Rep. Bill DeWeese, who spoke of the time he spent in prison and the challenge to succeed upon getting out.

Sen. Bartolotta co-founded the bipartisan and bicameral Criminal Justice Reform Caucus to make communities safer and to reduce prison costs and ensure better outcomes for those who go through the criminal justice system. She has also sponsored and supported several pieces of legislation on criminal justice reform, including Senate Bill 502, which, in part, will direct money into victims’ services.

“A lot of people don’t realize how difficult it is, when you’re finished serving your time—you’re never really finished,” Bartolotta told the crowd in the gathering room at St. Patrick’s Cathedral. “We give life sentences in Pennsylvania anymore for a two-year incarceration. It’s a lot, and there’s a lot that we can do to rectify that.”

Efforts have been made on that regard by Rep. Delozier, who has authored the Clean Slate Act, which calls for the automatic sealing of criminal records ten years or older.  Delozier has also backed legislation to provide a second chance for ex-inmates to get professional licensing in certain occupations. The PA Catholic Conference has supported this legislation.

“It’s not a Republican or a Democrat issue. It’s not a rural or urban issue,” she told the crowd at St. Pat’s. “It’s an issue that has affected so many people.” She talked about the work that has been done to help many groups impacted by the criminal justice system, including victims of crimes and family members of those who have committed crimes.”

Flood talked about the efforts to bring about clemency reform in PA.  “Clemency—executive clemency– is the ultimate act of forgiveness from the commonwealth for anyone that has been convicted of a crime,” he said.

Flood has a unique perspective to bring to his job on the pardons board. He told the group at St. Pat’s that he spent eight years in state prison on drug and weapons offenses. He applied for and received a pardon from Lt. Gov. Fetterman.