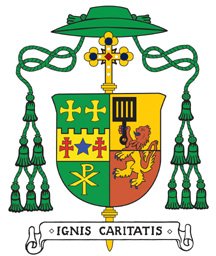 I am pleased that U.S. District Court Judge Arthur Schwab has granted the Diocese of Greensburg and its related entities a preliminary injunction, halting enforcement of the HHS Mandate, while the diocesan lawsuit against the Mandate that was filed May 27 proceeds.
Today’s injunction prevents the federal government from imposing crippling fines on the diocese for noncompliance with the HHS Mandate beginning July 1, the start of the diocese’s health plan year and the date when the provisions of the Mandate would have gone into effect in the Diocese of Greensburg.
The government Mandate requires the health insurance plans of the Diocese’s elementary schools and Catholic Charities to cover services that violate Catholic teaching — including abortifacient drugs, sterilization procedures, contraceptives, and related education and counseling.
We cannot cover those services, and the penalties for noncompliance with the HHS Mandate would seriously jeopardize how our Catholic schools and Catholic Charities conduct their ministries and would jeopardize, in fact, their very existence.