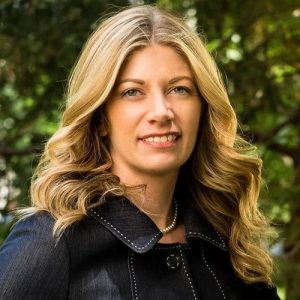 She is evidence that hard work can pay off.  First-time PA Sen. Katie Muth (D-Berks, Montgomery & Chester Cos.) came from a working class family and displayed an incredible work ethic to stage a stunning upset last fall for her first job in public office.

Muth said she originally got the idea to run for office about three or four years ago when she realized that equal pay was an issue in the field of sports medicine and athletic training.

“My husband and I met in grad school. We have the same degrees and he at one point made more than double what I did,” Muth told me in her Royersford district office. “Sort of seeing how legislation plays into equal pay—and I did some concussion research policy when I was in grad school. So that was my formal introduction into policy because we did pass a state-wide concussion policy Arizona.”

Muth said that just seeing the un-level playing field for working-class people made her realize that every-day citizens face a battle to compete with those in power.  She became so motivated that she thought she would go to law school to increase her chances of getting elected.

“Luckily I met some very wise people that talked me out of that,” she said. “They told me ‘you’re a teacher, you’re a healthcare provider. We have enough lawyers. Let’s try something different.”

Muth said when she first started she didn’t realize how much money she had to raise to become a viable political candidate.  Katie and her husband raised $40,000 in the first six months. She also decided to hit the pavement and the doors in her district.

“We knocked on over 110,000 doors,” she said. “We talked to voters of all parties, just about fairness, transparency and accountability. Those three things resonate with all party registrations, so it just wasn’t about selling anything. It was about having a conversation about what is happening now from a Democracy standpoint and how our pay-to-play system really limits our ability to have a true democracy.”

The message took root. Muth increased voter turnout in the November general election by 31% in beating four-term incumbent John Rafferty by almost 7,000 votes. Rafferty had won by 18,000 votes in his last election.

“If I had a dollar for every time someone told me that ‘you can’t win’ I would never have to fund-raise again,” Muth said.

Muth said she benefitted from a bunch of small-dollar donors, and that she took no special interest money and no corporate PAC money.  But she did say she had an army behind her.

Muth said she knocked on doors every weekend from two weeks after the 2017 municipal election, except for one weekend after the primary.

“To knock a big senate district you have to have a ground game that if it was raining or snowing—we did pull people in if it was lightning—but otherwise we were out there in the freezing cold. I went out there in December of 2017 to talk to all Republicans in Chester County. I didn’t think we’d have any volunteers but we had ten people show up.

“I just thought if we told the truth and worked as hard as we possibly could that if we lost we knew we left everything out on the field that we possibly could have. I come from sports so I always gave 110%. If you lost, at least you know you did everything in your power to win”