From the Bronx to the Poconos, Sen. Mario Scavello Remains a Strong Catholic 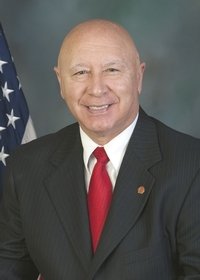 PA Sen. Mario Scavello (R-Monroe, Northampton) has been a life-long Catholic and is now part of the newly-formed Most Holy Trinity Parish. Things are still getting settled there.

“We’ve combined three parishes and we’re building a new church right on the grounds of Msgr. McHugh Elementary Center in Paradise Twp.,” Scavello said. “It’s hard for some people that we’re in an auditorium. They’d rather be in a church. But I think they’re starting to realize we are going to have a church. We’re going to have a brand new church and that’s what they’re looking forward to.”

The senator smiles when he recalls his early life in the church as he grew up in the Bronx. We talked about being Catholic ‘back in the day.’

“I went to Mt. Carmel Elementary and actually K to 4 was the Dominican nuns and then 5-on was the Holy Cross Brothers for me. I was an altar boy at Mt. Carmel Church on Arthur Avenue in the Bronx. He says his two brothers were altar boys as well.

“I enjoyed my past–a lot of memories, altar boy for many years. Sometimes I’ll see a photo of somebody that got married there and I say, ‘wait a minute, that’s me in the picture.’”

As a staunch Catholic, Scavello is also very staunch in his pro-life beliefs.

“I’m pro-life. I will always vote pro-life,” he said. “I believe the baby in the womb needs protection just like anyone else. I know folks out there who can’t have kids. If you don’t want the baby then give it up for adoption but don’t make that decision and take life away.”

Scavello talked very highly about the Pregnancy Resource Center of the Poconos in his district that works with mothers who are undecided and gives them the help and counseling they need.

“Ninety-nine-point-nine percent of the time they end up having their baby and they’re very happy that they did and that they didn’t make that mistake. I’m a big supporter. They have a banquet and it’s a packed house. For me it’s rewarding to see how many people get together to protect life.”

It’s also rewarding for all of us who are pro-life to see how many legislators get together for the same cause. The numbers are pretty impressive. And while most pro-life lawmakers are Republican, there are a fair amount of Democrats who vote that way as well.

“We are in the majority,” Scavello said. “And that’s great.”

Scavello is supporting the “Heartbeat” bill, which has been proposed by Rep. Stephanie Borowicz (R-Centre, Clinton) and would prohibit an abortion once a heartbeat is detected. Scavello expects the bill to be brought up in September or October when the legislators are back in session.

The senator was also a big supporter of the Educational Improvement Tax Credit (EITC). Governor Wolf vetoed the original bill which called for an increase of $100-million in the EITC but the final budget agreement included a $25-million boost in the program and a $5-million dollar increase in its sister program, the Opportunity Scholarship Tax Credit Program (OSTC).  Scavello was grateful for that.

“You ask for up here,” he said and gestured with his hand above his head. “You might not get that, but you get something in the middle, which is okay.”