For Sen. Dan Laughlin, PA Sunday Hunting Bill Was Years In The Making 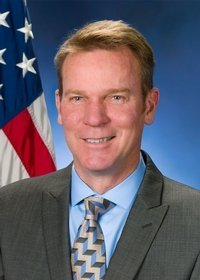 Governor Wolf just signed the bill to allow hunting on three Sundays during the year in Pennsylvania. The bill was sponsored by Sen. Dan Laughlin (R-Erie) and was years in the making for him.

“It all started for me about 50 years ago when I asked my dad why we couldn’t go hunting on Sunday and he said ‘that’s just the way it is in Pennsylvania, son.’” Laughlin told me on a recent visit to his Capitol office. “Who knew that years later I’d have a say in changing that?”

Senate Bill 147 provides for one Sunday hunting day each for rifle deer, archery deer and for a day determined by the Game Commission. The bill also amends the PA Game code to make trespassing while hunting a primary offense with increased penalties. It was a busy year for the measure, which has passed the Senate twice now after being amended in the House.

“I have worked on that for three years now,” Laughlin continued. “When I first got here people said ‘good luck with that, it will never change.’ So I feel pretty proud that we were at least able to take a bite out of that.”

There had always been at least some type of opposition to the idea of Sunday hunting. Sen. Laughlin said there were different groups that were against it, the largest of which being the Pennsylvania Farm Bureau.

“We added some trespassing language to the bill. That was an issue for them. So we kind of helped them out as well.”

The bill had started out calling for 14 hunting days, which Laughlin says would have been basically all the Sundays during hunting season. It got negotiated down to the agreed-upon three. It seemed to be a good compromise for all involved.

“I think it’s a step in the right direction,” Laughlin says. “ I think it will help license sales and more importantly, I think there are a lot of young people that have very busy schedules and this should help them get out in the woods.”

Laughlin is now focusing on another issue that affects thousands of people across Pennsylvania, that being what many call a home inspection monopoly. There is a state-wide code enforcement that has seen developers being forced to use certain inspectors.

“There are pockets throughout the state that the inspection companies that we are forced to use…and I don’t know of a polite way to say this…they’re pretty aggressive in their inspections and they can kind of fine-print you to death if they want to. It’s an on-going issue.”

Laughlin has been working with Rep. Doyle Heffley on bills to try to correct the problem. Laughlin says it appears Heffley’s has the best chance to gain passage. House Bill 349 would amend the PA Construction Code to require municipalities, which hire a private third-party agency to enforce the codes to use at least two more such entities for inspection services.