by Hill
Comments are off 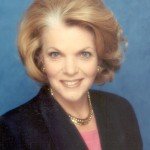 Addressing health care reform in his September 9 speech to Congress, President Obama assured the American public that “under our plan, no federal dollars will be used to fund abortions.”This was truly a welcome pledge. Up to this point, one Congressional committee after another has rejected pro-life amendments to do exactly this.

At press time for this column, we are approaching the eleventh hour. Five bills have been reported by Congressional committees, and all five would permit or mandate the use of federal revenues for health coverage that includes elective abortions.

Now would be an excellent time for the Administration to weigh in on a federal abortion funding ban. Such a move would make sense politically as well as morally. A September 2009 survey commissioned by the Catholic bishops’ conference found that 67% of Americans oppose “measures that would require people to pay for abortion coverage with their federal taxes” while only 19% favor such measures; 68% said they do not want abortion in their own insurance coverage while 24% said they do. Earlier this year, Catholics mailed over 30 million postcards to Congress, asking their elected representatives to oppose the Freedom of Choice Act “and retain laws against federal funding and promotion of abortion.”

But recent comments by White House spokesman Robert Gibbs suggest that the Administration may not be lobbying Congress for a funding ban. Twice Mr. Gibbs took issue with letters the Catholic bishops have written urging Congress to remove abortion funding from the health care reform bills.

In one letter the bishops noted: “So far the health reform bills … have not met President Obama’s challenge of barring the use of federal dollars for abortion.” Asked if the President agreed, Mr. Gibbs responded: “I would mention there’s a law that precludes the use of federal funds for abortion. That isn’t going to be changed in these health-care bills.” He refers, of course, to the Hyde Amendment, which Congress has reaffirmed every year for over three decades.

Two days later, a reporter asked Gibbs if the President will “call on Congress to have an explicit prohibition of abortion funding.” He replied: “My answer isn’t different than it was on Wednesday. There may be a legal interpretation that has been lost here, but there’s a fairly clear federal law prohibiting the use of federal money for abortion. I think it is – again, it’s exceedingly clear in the law.”

Contrary to Mr. Gibbs’ assertion, however, it is “exceedingly clear” that the Hyde Amendment does not apply to any of the health care reform bills. Here’s why:

Between 1973 and 1976, courts interpreted broadly-worded language on health benefits in the Medicaid statute to include abortion. Taxpayers were forced to pay for the abortion deaths of about 300,000 children annually. In 1976 the Hyde Amendment was passed, as a rider to the annual Health and Human Services (HHS) appropriations bill. Hyde prevents federal funding of elective abortions and of health benefits packages that include such abortions. But it is not permanent law, and it applies only to funds appropriated under the annual HHS bill, not to funds appropriated under other statutes. So specific prohibitions on abortion funding have been written into laws governing other federal programs, such as federal employee health benefits, foreign aid, and military hospitals. An explicit prohibition must also be included in the final health care reform bill to avert a huge expansion of federal abortion funding. Without it, and notwithstanding their strong support for health care reform, the bishops will have no choice but to oppose the final bill vigorously.

Please contact Congress today to state your opposition to expanded federal abortion funding. A visit to www.nchla.org will allow you to send a message to your Senators and Representative with just two clicks. For more information on supporting genuine health care reform that respects the life and dignity of all, go to www.usccb.org/healthcare.

This October 19, 2009, article was written by Susan Wills is assistant director for education and outreach, United States Conference of Catholic Bishops’ Secretariat of Pro-Life Activities.