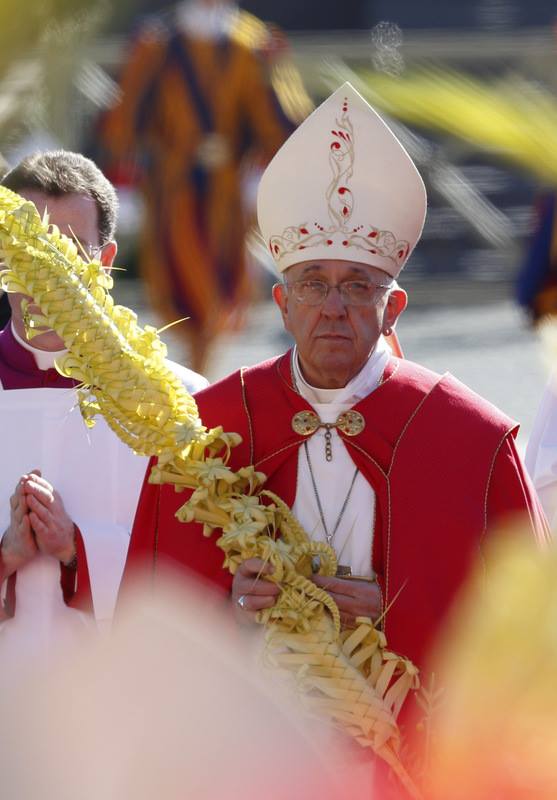 Thousands of people across the United States will be welcomed into the Catholic Church at this year’s Easter vigil, April 4, including a retired Marine captain who appeared on the cover of National Geographic, a woman from The Gambia now living in the Pacific Northwest and a woman from Pittsburgh whose faith journey has drawn her own mother back to the Church.

According to the 2014 Official Catholic Directory, there were 39,654 catechumens, or those being baptized, confirmed and receiving first Communion, and 66,831 candidates received into full Communion with the Catholic Church in the United States in 2013, the most recent year for which this data is available. Over 50 of the nearly 200 dioceses in the United States reported numbers for 2015 to the U.S. Conference of Catholic Bishops.

In the Diocese of Oakland, California, Aaron Tam, a retired Marine sergeant, will receive the sacraments of initiation (baptism, confirmation and first Communion) at Easter Vigil, after twice having to delay his initiation into the Church due to deployments. Tam, who was seriously injured by a detonation during a tour of duty in Iraq, appeared on the cover of the February 2015 issue of National Geographic, dedicated to soldiers recovering from traumatic brain injuries. He is one of 349 catechumens in the Diocese of Oakland, along with 279 who are being received into full Communion.

Also in California, the Archdiocese of Los Angeles, the largest diocese in the United States, reports 1,828 catechumens being baptized this year.

Among the 665 adults to be baptized by the Archdiocese of Seattle, Amie Bensouda of Mary, Queen of Peace Parish in Sammamish, Washington, is a native of The Gambia. She was raised Muslim but exposed to the Catholic faith attending a school run by nuns, the only education available to her as a woman.

Among the 196 catechumens and 383 candidates in the Diocese of Pittsburgh, a woman named Becky is completing the sacraments of initiation after being baptized Catholic but never receiving a formal religious education. Becky will be confirmed and receive first Communion. Becky was accompanied by her fiancé through her journey, and they will be married in August. After she and her fiancé shared their experience with her mother, Becky made her first confession and her mother made her first confession in 25 years, March 16.

More information on the Rite of Christian Initiation for Adults (RCIA) process is available online: www.usccb.org/beliefs-and-teachings/who-we-teach/rite-of-christian-initiation-of-adults/index.cfm