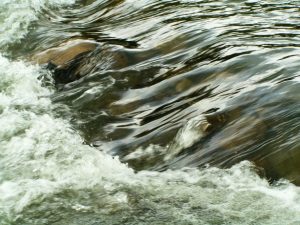 The Department of Environmental Protection has sent us its response to a story we ran in which Sen. Doug Mastriano (R-Adams, Cumberland, Franklin, York) criticized the MS4 program.

In that story, the Senator says it’s the latest effort to take money from the taxpayers. The story got considerable reaction and support on social media. Here’s more from the story…..

“They’ve come up with this cunning scheme here to transfer wealth out of my district and other districts back to Harrisburg,” Mastriano said. “It will then get filtered to Philadelphia and elsewhere. Once again the money will be fed to the corners. “

‘MS 4’ stands for Municipal Separate Storm Sewer Systems. Mastriano says it’s basically a separate utility that goes against business owners and property owners. He says it’s eventually going to hit farmers as well–anyone who has water that drains into a creek or sewer or whatever.

The senator says there are municipalities and local governments are being charged exorbitant fees.

Here is the statement that was sent to us this week.

These comments lack a basis in reality and many of the assertions made are simply not accurate.

The six “Minimum Control Measures” required by the Pennsylvania MS4 (stormwater) permit represent the basic federal requirements from EPA.  They are comparable to other states and are largely unchanged since the original Pennsylvania MS4 permit in 2003. A Chesapeake Bay Pollutant Reduction Plan (PRP) requirement was added in 2013 because the basic program alone was not sufficient to mitigate local water quality impairments, nor was it contributing to the Chesapeake Bay cleanup.

EPA expects DEP to implement measures to better address impaired waters.  During the 2018 General Permit development, EPA provided correspondence that shows the degree of concern; specifically, a letter from EPA from 2015 expressed concern with the lack of numeric criteria for nitrogen.  EPA stated, “If no reduction for nitrogen is provided in the permit, it can be considered in direct non-compliance with regulations. This would constitute ground for EPA’s objection to the permit.”  In addition, the 2013 permit was appealed by third party environmental groups due to concern over unaddressed local impairments.

As a result of a series of meetings with EPA, and as part of a 2014 DEP settlement to the litigation challenging PAG-13 General Permit, DEP agreed to include pollutant load reduction requirements in the subsequent 2018 PAG-13 General Permit. EPA reviewed and approved the PAG-13 permit package.

The MS4 (stormwater) program is a federal mandate, and one which unfortunately has not come with a corresponding increase in federal funding to address new requirements. Through existing programs, limited funding in the form of grants and loans is available to MS4s.  PENNVEST has a regular supply of loan dollars, but grants (from PENNVEST and elsewhere) are highly competitive. It’s important to note that DEP does not mandate how municipalities meet the federal requirements; it’s up to the municipalities.  DEP encourages MS4s to seek outside funding at their discretion, but also strongly encourages MS4s to ensure that their plans are cost-effective. In particular, DEP has worked with municipalities to set up regional collaborations that can help to significantly reduce costs.