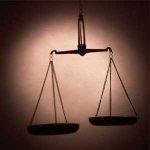 What does the Catholic Church teach about capital punishment?

Pennsylvania has 202 inmates on death row. Execution warrants were signed last month for four of them. One received a stay, two may have other appeals, but one appears to have exhausted his options – Terrance Williams. His execution, scheduled for October 3, 2012, will be the first non-volunteer execution in Pennsylvania since 1978. Use the Catholic Advocacy Network to send an email to the Board of Pardons today!

The Bishops of Pennsylvania wrote a letter to the Pennsylvania Board of Pardons urging them to recommend a commutation of Williams’ sentence to life in prison to Governor Tom Corbett. Read an excerpt of the Bishops’ letter:

Mr. Williams’ competency or guilt is not in question. We are not advocating that Mr. Williams go unpunished for the crimes for which he was convicted.  However, the modern penal system provides alternatives to taking the lives of guilty persons, alternatives that break the cycle of violence in our society.  Punishment should reflect our belief in the inherent human dignity of each person.  Mr. Williams has requested a commutation of his sentence of death.  We urgently request that the Board of Pardons forward to the Governor a recommendation that Mr. Williams’ sentence of death be commuted to a sentence of life imprisonment.

In unity with Pope Benedict XVI, we reaffirm absolute respect and protection for every human life, from conception to its natural end.  Society will not benefit from imposing the death penalty on Mr. Williams, nor on any other individual.

We ask that the members of the Board of Pardons reflect and pray about the grave matter before it and that it affirm the culture of life.  By recommending a commutation of Mr. Williams’ sentence, the Board of Pardons will help break the cycle of violence that so plagues our society.

Concerned citizens may also contact the Pennsylvania Board of Pardons and Governor Tom Corbett in support of commuting the death sentence to life in prison or a temporary reprieve. Use the Catholic Advocacy Network to send an email to the Board of Pardons and the governor or call or write to them at:

Pennsylvania Board of Pardons

Click here to view the complete Board of Pardons Letter from PA’s Bishops.