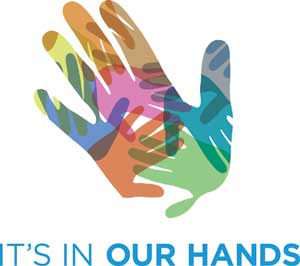 Every election year the Pennsylvania Catholic Conference (PCC) encourages people to register to vote and cast their ballot. Every vote matters and PCC reminds Catholics particularly that “the Church’s obligation to participate in shaping the moral character of society is a requirement of our faith.” (Faithful Citizenship, No. 9, 2007)

In addition to the election, in 2010 all Pennsylvanians (not just registered voters) will have a different kind of opportunity to shape the future of public policy in our state – the U.S. Census.

The Census counts every resident in the United States. It is required by the U.S. Constitution to take place every 10 years. The Census shows state population then those counts determine representation in the U.S. House of Representatives. Pennsylvania has been considered a key player in several high profile legislative issues recently. An accurate Census means Pennsylvania will have the correct number of Representatives in Congress and they will represent districts that really reflect the character of the people who live there. This is important for making sure our voice is heard.

Furthermore, funding for critical community services and the location of schools, hospitals, senior centers and other facilities all depend on accurate Census data. Each year, up to $400 billion in federal funding is distributed to the states based on formulas derived from Census numbers. These needs cannot be met if Pennsylvania does not receive its fair share.

In March of 2010, census forms will be delivered to every residence in the United States. Residents are asked to answer the questions and then mail the form back in the postage-paid envelope provided. If the form is not mailed back, a census taker will visit the house to ask the questions from the form in person.

Every question provides valuable information for shaping the future. But, it is important to note that any personal data you provide is protected under federal law. Title 13 of the U.S. Code protects the confidentiality of all the information. In addition, other federal laws, including the Confidential Statistical Efficiency Act and the Privacy Act reinforce these protections. It is against the law for the Census to publish names, addresses or phone numbers. Violating this law is a crime with severe penalties.

The 2010 Census form is just 10 questions, such as name, gender, age, date of birth, race, household relationship, if you own or rent your home, and whether you are of Hispanic origin. The Census wants to know who is living in your house on April 1, 2010.

The Census does not ask about the legal status of respondents or their Social Security numbers. The Census does not share the information it collects with other federal agencies such as the Internal Revenue Service (IRS) or the U.S. Immigration and Customs Enforcement agency.

More information about the 2010 Census is available at www.2010Census.gov.