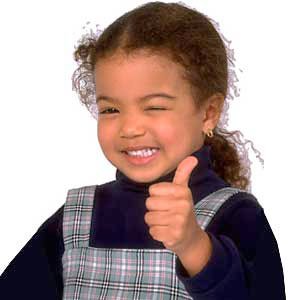 Both EITC 1.0 and EITC 2.0 programs are funded by companies that contribute to scholarship organizations in exchange for a tax credit. The longstanding EITC 1.0 program has helped tens of thousands of students attend the school of their choice, including Catholic schools. The EITC 2.0 program will help thousands more by creating special scholarships particularly for income eligible students in the lowest performing 15% of public schools.

Lots of new information and rapid deadlines to meet for EITC and Opportunity Scholarships. See PCC’s “one-stop-shop” to learn more.

This legislation also authorizes school districts to elect to establish their own scholarship grant program, using the state subsidy, for students who want to attend nonpublic schools or public schools in other districts.

“It took political courage in a tough budget year to invest in educational reforms for low and middle income families,” said Dr. Robert J. O’Hara, Jr., executive director of the Pennsylvania Catholic Conference (PCC). “But the students and parents who will benefit are grateful to legislators and the governor for the chance to pursue a better future immediately.”

The state budget allocates $100 million for EITC ($25 million more than last year) and another $50 million for the new EISC program.

The Bishops of Pennsylvania declared school choice to be a defining social justice issue of our society. This expansion of EITC moves Pennsylvania one step closer to a system of education that truly reinforces that parents – not the state – are the primary educators of their children.

Who qualifies for scholarships?

EITC 2.0 or EISC scholarships are reserved for students who live within the geographic boundary of one of the 15% lowest performing public schools. Families earning less than 185% of the federal poverty line (or about $43,000 per year for a family of four) and families in certain financially distressed school districts are given a priority. Scholarships may be awarded up to $8,500 ($15,000 for special education students), but not to exceed actual tuition and fees.

What companies can get a tax credit?

Companies that do business in Pennsylvania and pay certain taxes (search “EITC” at www.newpa.com for a complete list) may receive a tax credit for their contribution to a scholarship organization. The tax credits awarded to businesses will be equal to 75 percent of their contribution amount, which can be increased to 90 percent upon the business committing for two years. Businesses may receive a maximum credit of $400,000 this year and $750,000 next year ($200,000 for Pre-K contributions). All companies compete for the tax credits by submitting their applications on the same deadline (July 1). A lag-period for pass-through entities has been eliminated.

When does the program start?

Immediately. Students may apply for scholarships now to attend the school of their choice this fall.

Who do we thank?

School choice advocates should thank Governor Tom Corbett and Lieutenant Governor Jim Cawley, but also these local lawmakers. If you legislator is on this list, visit, call, write or email him or her through the Catholic Advocacy Network.

LEGISLATORS WHO VOTED IN FAVOR OF SCHOOL CHOICE