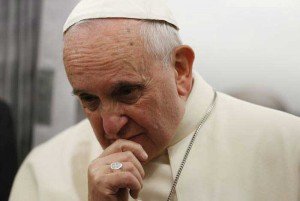 Pope Francis has said that “all Christians and people of good will are called today to work not only for the abolition of the death penalty,” but also to improve conditions in prisons, out of respect for the human dignity of prisoners.

In particular, the Holy Father appealed “to the consciences of government leaders” that they might join the “international consensus for the abolition of the death penalty” — and spoke directly to Catholic leaders, asking them, as a “courageous and exemplary act,” to not carry out any death sentences during the Holy Year of Mercy.

In 2015, Pennsylvania Governor Tom Wolf announced that he would grant a reprieve to all inmates facing a scheduled execution until a report studying the issue is released by the General Assembly. This establishes an effective moratorium on the death penalty in Pennsylvania. Please click here to send Governor Wolf a message to thank him for breaking the cycle of violence and choosing life over death.