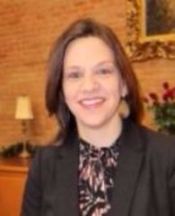 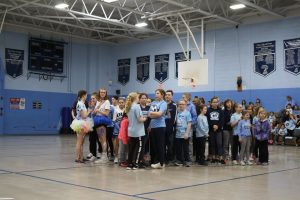 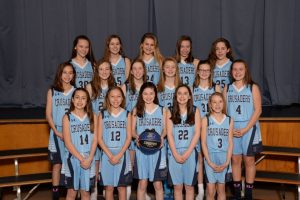 In talking with Catholic school principals across the state over the last couple of weeks, I have been inspired by their upbeat attitudes in the face of challenging times. The level of empathy and affection for their students has also been great to see.

That is especially evident at Our Lady of Peace School in Erie with Principal Lisa Panighetti, who gets my eternal gratitude for cheerily shrugging off the fact that I misspelled her name at first (I used an ‘a’ instead of the first ‘i’).

“Things have been going great. We’re pleasantly surprised with the way that things have turned out,” she said. “Our teachers have really embraced this new way of learning from the get-go. For a difficult situation I have to say that we’re doing the best that we can.”

In their case the transition from in-school to on-line learning went pretty quickly.

“We found out on a Friday. It was Friday, March 13th that we found out that we were going to be shut down for at least two weeks. That afternoon we had a faculty meeting to talk about what that would look like and we were essentially up and running with some form of on-line learning…We had it up and running on Monday, the 16th. We’ve had to continue to make tweaks and streamline things since then but we were delivering instructions via Zoom videos or You Tube videos and reaching out to the kids right away Monday morning. It was a pretty seamless transition, even though we weren’t really prepared to do that. But the teachers really took the bull by the horns and ran with it.”

The effort continues to plan what they can do the rest of the school year outside the virtual classroom. Sports and other activities have been cancelled but there are other end-of-the-year activities that Our Lady of Peace would like to salvage.

“That’s the tough part, because there is still so much unknown,” said Panaghetti. “Hopefully we’ll be able to have some kind of graduation ceremony for those kids that are moving on to the next level. Right now we’re looking at doing it virtually, not the whole ceremony but potentially a prayer service of sorts and to recognize those kids that are moving on in some fashion. And then with any luck we’ll be able to do something a little more traditional, we’re hoping in July or August. But it’s so hard to put a time frame on it right now. We just know that we’re not going to overlook this important time for them, at all. No matter how far ahead we’re going to have to push it, we’re going to go with it.”

Panaghetti gave a lot of thanks and credit to the teachers and to the parents.

“We’re thankful. We have so many parents that are involved and have provided such valuable feedback. We’re just ironing out the complaints. We miss the kids like crazy and we’re doing what we can to stay in touch but honestly, it is what it is. But we’re making the best of it!”