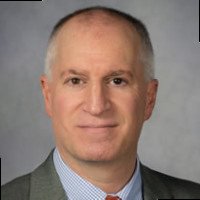 For every lawmaker you see or hear about at the Pennsylvania Capitol, there are many more staff members that work behind the scenes. Many of those staffers have been at the Capitol for years, even as elected officials come and go.

Jon Castelli is the Executive Director of the House Urban Affairs Committee on the Democratic side. In October he will be celebrating 33 years of service at the Capitol. He started there right out of college and has held a number of positions.

“It’s an interesting committee,” Castelli said. “In a way it’s similar to the local government committee because we deal with governance of cities, the larger counties, but we also deal with things like affordable housing, revitalizing older communities, dealing with blight and trying to eradicate blight.”

The PA Catholic Conference worked with Castelli and Rep. Tom Caltagirone in recent years on a measure known as the “Land Bank Bill,” which would call for run-down properties to be renovated into shelter for the homeless.

“Land banks are entities that the legislature provided for in statute a number of years ago,” Castelli said. “Every county’s allowed to establish a land bank–the larger cities and larger municipalities–they deal with the problem-property inventories—your blighted properties, your properties that basically nobody wants.”

Castelli said the focus is then to acquire the property and re-develop it, or see that it gets to a non-profit entity that will do the renovation.  House Bills 896 and 897 would add a homelessness component to the Land Bank Act.

“We envision the program would work by conveying the property for maybe a dollar to a non-profit community development organization and then they would seek funding through the State Neighborhood Assistance Act to redevelop it and get it back onto the tax rolls and provide housing for those who were formerly homeless.”

As active as Castelli has been at the Capitol, many of you in the Harrisburg area may have seen him in some of his other roles—including taking part in mass at St. Pat’s.

“I’ve been long involved at the Cathedral. I’m a lector there,” Castelli said. He is also a Grand Knight with the Knights of Columbus, which is very active in the church.

“We have a program of feeding the hungry,” Castelli said. “We have a Saturday morning breakfast for the needy and then a Sunday evening dinner. The Knights of Columbus help with that dinner once a month—well now we’re suspended because of COVID. We also deliver to some of the shut-ins of the parish and others from the community who could no longer make it due to health reasons to the actual dinner at Cathedral Hall.”