by Hill
board of pardons, capital punishment, death penalty, dignity, execution, prolif
Comments are off 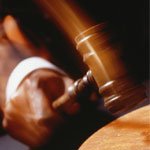 In the last four months, three men were scheduled to be executed – Terrance Williams, Hubert Michael and Mark Spotz. Last minute appeals delayed those cases, which are now pending before the Pennsylvania Supreme Court and a federal appeals court. Decisions will be made about these cases soon, meaning the death penalty will continue to be headline news in 2013. Nearly 200 others also sit on Pennsylvania’s death row.

In recent months, advocates sent hundreds of messages to the Board of Pardons and Governor Tom Corbett urging a commutation of the death sentences to life in prison or a temporary reprieve for Williams and Michael. The Church is not advocating that they go unpunished for their crimes; however the modern penal system provides alternatives to taking the lives of guilty persons, alternatives that break the cycle of violence in our society.

As we renew our advocacy efforts in support of the inherent dignity of the life of every person, here is some background information:

With respect for all human life, we propose that our society will not benefit from perpetuating violence. Read more about Catholic teaching on capital punishment or take action through the Pennsylvania Catholic Advocacy Network.