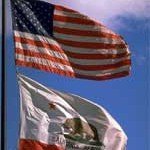 By a 6-1 vote, the California Supreme Court upheld the constitutionality of Proposition 8, an initiative that added a section to the California Constitution providing “Only marriage between a man and a woman is valid or recognized in California.” The measure was adopted by the voters on November 4, 2008.  However the ruling does not apply to the 18,000 homosexuals who received marriage licenses from the state of California before November 5, 2008.  The Court’s opinion is posted on its website.