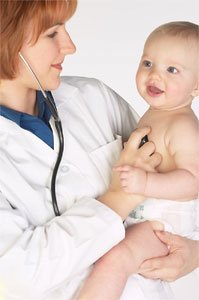 The U.S. bishops November 7 urged members of the House of Representatives to vote for an anti-abortion amendment to the health care reform bill now being considered. “The Stupak-Ellsworth-Pitts-Kaptur-Dahlkemper-Lipinski-Smith Amendment will keep in place current federal law on abortion funding and conscience protections in the Affordable Health Care for America Act (H.R. 3962),” they said.

On behalf of the United States Conference of Catholic Bishops (USCCB), we strongly urge you to vote for the Stupak-Ellsworth-Pitts-Kaptur-Dahlkemper-Lipinski-Smith Amendment and to support a fair process in the House of Representatives to consider this essential improvement in health care reform legislation. The Stupak-Ellsworth-Pitts-Kaptur-Dahlkemper-Lipinski-Smith Amendment will keep in place current federal law on abortion funding and conscience protections in the Affordable Health Care for America Act (H.R. 3962).

Despite some claims to the contrary, H.R. 3962 does not reflect the status quo on abortion. It fails to explicitly and clearly include the longstanding policy prohibiting federal funding of elective abortion and plans which include elective abortion (Hyde Amendment). Medicaid, Medicare, Children’s Health Insurance Program (CHIP), and other federal health legislation include this provision. Currently H.R. 3962 has some helpful provisions on conscience protection and non- preemption of state laws, but it utterly fails to maintain current prohibitions on abortion mandates and abortion funding. Instead it creates elaborate measures requiring people to pay for other people’s abortions with their taxes, private premiums or federal subsidies. Significantly, the Federal Employee Heath Benefit Program, which covers all members of Congress and their families, has long been governed by the Hyde amendment in all its aspects and is widely seen as a model for reform.

Additionally, H.R. 3962 allows the U.S. Secretary of Health and Human Services to mandate that the “public option” will include unlimited abortions. Millions of purchasers will be forced to pay an “abortion surcharge,” which requires purchasers of many plans to pay directly and explicitly for abortion coverage. This is unprecedented in federal law.

The Stupak-Ellsworth-Pitts-Kaptur-Dahlkemper-Lipinski-Smith Amendment will not affect coverage of abortion in non-subsidized health plans, and will not bar anyone from purchasing a supplemental abortion policy with their own funds. Thus far, H.R. 3962 does not meet President Obama’s commitment of barring use of federal dollars for abortion and maintaining current conscience laws.

Our Bishops’ conference has been working for many years to support health care reform legislation that truly protects the life, dignity, health and consciences of all. Adopting this amendment will help move us move toward this essential national priority and moral imperative.