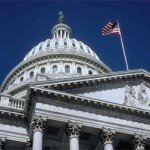 The U.S. bishops called on Congress to continue to work on health care reform to provide access for everyone, protection of life at all stages and conscience rights.

The bishops said that the need for reform remains despite a new political climate.

“Although political contexts have changed, the moral and policy failure that leaves tens of millions of our sisters and brothers without access to health care still remains,” they said. “We encourage Congress to begin working in a bipartisan manner providing political courage, vision and leadership. We must all continue to work towards a solution that protects everyone’s lives and respects their dignity.”

The bishops asked for changes in proposed bills in the House of Representatives and Senate. The current bills, they said, “leave between 18 and 23 million people in our nation without health insurance.”

They criticized the Senate bill saying it does not meet the church’s criteria on life and conscience since it does not reflect the current U.S. policy as outlined in the Hyde Amendment passed in 1976.

“The bill’s provision against abortion funding should have the same substantive policy as the Hyde Amendment and parallel provisions in current law, should cover every program in the legislation and should be as permanent as the funding provided by the bill. The House-passed language meets these criteria,” they said.

Both bills are a step backwards in conscience protection, the bishops said.

“The freedom that insurers, purchasers, and sponsors currently enjoy under federal law to offer or purchase health plans that are not morally or religiously objectionable to them would be lost,” they said.

“It is critical that the final bill retain the freedom of conscience that insurers, purchasers, plan sponsors, and health care providers currently have under federal law,” they added.

The bishops urged that undocumented persons be able to purchase insurance in the new health care exchange with their own money. They also called for removal of the five-year ban on legal immigrants accessing health care plans such as Medicaid.

The United States Conference of Catholic Bishops maintains updates about the status of health care reform in Washington, DC, on their website, www.usccb.org/healthcare.