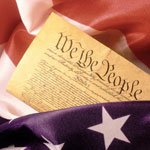 Archbishop Kurtz also asked the President to consider that the U.S. Supreme Court already has agreed to hear two cases related to the mandate created by the Department of Health and Human Services (HHS). At least 90 cases have been brought to federal courts by individuals and institutions objecting to the imposition of the HHS mandate. Most of the decisions to date have favored those bringing suit.

Archbishop Kurtz’s request comes as the Administration has offered exemptions to numerous people and organizations having difficulty in implementing the ACA. Individuals who faced penalties for not meeting deadlines for enrollment have had deadlines extended. Businesses with 50 or more employees will not be fined if they drop or otherwise do not offer health insurance at all for 2014. After 2014, if these businesses do not offer a health insurance plan, they face a fine of $2,000 a year per employee.

Meanwhile, beginning as early as January 1, 2014, organizations such as church-sponsored universities, hospitals and social services, face a fine of $100 per day ($36,500 per year) per employee if they provide health coverage that does not include contraceptives, including abortion-causing drugs, and sterilization.

“The result is a regulation that harshly and disproportionately penalizes those seeking to offer life-affirming health coverage in accord with the teachings of their faith,” Archbishop Kurtz said. “The Administration’s flexibility in implementing the ACA has not yet reached those who want only to exercise what has rightly been called our ‘First Freedom’ under the Constitution.”

“I understand that legal issues in these cases will ultimately be settled by the Supreme Court,” he added. “In the meantime, however, many religious employers have not obtained the temporary relief they need in time to avoid being subjected to the HHS mandate beginning January 1. I urge you, therefore, to consider offering temporary relief from this mandate, as you have for so many other individuals and groups facing other requirements under the ACA.”

The entire letter can be read here.

You can send a message to President Obama and other elected officials urging them to address this issue by clicking here.