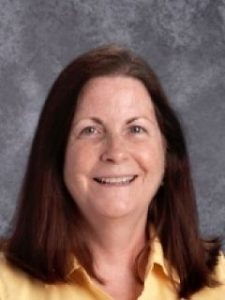 Many of the Catholic schools around the state were in a good position to adapt to on-line learning in March because their students all had some kind of laptop computer. Some others had to scramble to equip kids with these devices.

“We’re just a population of working-class people and we’ve got a ton of scholarships,” said Jane Wagner, the Principal of Blessed Sacrament School in Erie. “We ended up lending out Chrome books and I-pads for our kids to use so we knew everybody had that same capacity at home to do on-line learning.”

Wagner gave a lot of credit to her teachers, who had to do a lot of learning about on-line teaching as well.

“My teachers really stepped it up and that first couple of days it kind of sunk into them that yeah, we’re really going to do this. I had a couple of teacher melt-downs, but I had to be a cheerleader and say ‘we can do this. It’s okay!'”

They started rolling out instruction through their parent information system. Wagner says it was not a problem for the older students in grades 5th through 8th because the kids were used to the portal and had been using it frequently.

“The younger kids, not so much, because they don’t use it as often,” Wagner said. “The parents do. But the kids don’t. We had to do a little instructional thing with them…We had a lot of anxiety with the Zoom meetings and just like the whole nation was, ‘is it legal to use this?'”

A lot of logistics. And stress.

“I thrive on this stuff. I guess that’s why I became a principal,” Wagner said. “I love that kind of flying by the seat of my pants feeling!”

She made a good point about how this has been a different kind of work for everyone, not just educators. Working from home prevents calling out to the next person’s office or yelling down the hall.

“Now I have to make a phone call or a text or an email and wait for a reply. So I guess it’s the logistics which have made it a longer day for me, which is exhausting.”

She’s also been empathizing with parents.

“I have four children. They’re all grown. We’re empty-nesters, my husband and I. I’ve had to really put myself in the place of the parents….Oh yeah, picture yourself with your four girls all trying to do school at home and I was like ‘yeah, that would not be fun! I would not want to be there!'”