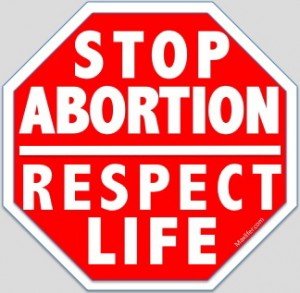 About a year ago, when news was released about the Philadelphia abortion clinic of Dr. Kermit Gosnell, words like “house of horrors”, “shocking”, “murder”, and “intentional killing of babies” graced the headlines. The stories told of charges filed against Gosnell and others stemming from the death of one woman and the murder of seven newborn infants in his clinic.

Senate Bill 732 does not put an end to abortion, but it does correct a situation that allowed Pennsylvania law to favor the abortion industry, not women’s health.

Sometimes the debate about abortion seems to overlook the very real women and children who are affected by it. Talk in the public square tends to reduce the issue to political ideology. The news about the Gosnell clinic shined a spotlight on the reality of abortion. The debate about SB 732 provided an opportunity to speak the truth and open people’s eyes about what goes on in abortion clinics every day. Abortion is not merely a routine medical procedure.

In the last week of 2011, the Pennsylvania Department of Health released its annual report of abortion statistics: 36,778 abortions were performed in Pennsylvania in 2010, a 1.4 percent decrease from 2009.

Sadly, there were no headlines reporting this year-long tragedy. The deaths of these 36,778 children and the wounds left in the hearts of their mothers and fathers are no less important than those of the victims in Gosnell’s clinic. The Pennsylvania Department of Health, in releasing the 2010 abortion statistics, notified us of 36,778 lives will not be lived in our community, nor will their deaths be mourned publically. Within these statistics, we were also told of 36,778 women – and in some cases couples – in our community who are experiencing the pain and hurt that comes with deciding to abort. We must be filled with the compassion of Christ and pray for genuine healing and peace for these women and men.

Throughout the coming year, several other bills intended to provide additional protections for women and children will be considered in the state legislature. Keep up with the latest pro-life news and action alerts with the Pennsylvania Catholic Advocacy Network.

Senate Bill 732 is now Pennsylvania law; but the pro-life community has much more work to do. We cannot rest until the annual report of abortions in Pennsylvania is zero.