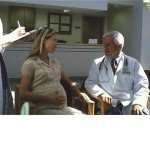 The deaths of one woman and seven newborn babies in the Philadelphia abortion clinic of Dr. Kermit Gosnell have many asking how Pennsylvania should respond. One proposal, House Bill 574, aims to improve oversight of abortion clinics by holding them to the same fire and safety standards; personnel and equipment requirements; and quality assurance procedures that are presently applied to other freestanding ambulatory surgical facilities.

Abortion supporters for decades have insisted that the procedure should be legal so government regulators can ensure that it is safe. So why are they so opposed to HB 574? Pro-life advocates would overturn Roe v. Wade and ban the procedure. So why would they support a bill to improve abortion clinics?

To answer these seemingly contradictory questions, we must look carefully at what is being proposed and why.

The investigation of Dr. Gosnell’s government-approved clinic revealed filthy, unsafe conditions and evidence that unlicensed workers illegally treated patients. Basic standards of cleanliness and infection control were not met. The office had no access for a stretcher in the case of an emergency. Exit doors were padlocked shut or blocked resulting in a delay in the ability to respond in previous emergencies.

A failure to apply standards and a Pennsylvania Department of Health practice to refrain from inspections allowed for the existence of this horrific abortion clinic. House Bill 574 will prevent this from happening again.

Other freestanding ambulatory surgical facilities, such as Lasik surgery centers or colonoscopy clinics, must comply with regulations designed to protect their patients. For example, they are subject to unannounced annual inspections and sanctions or fines for not meeting the most basic health standards. Clinics are required to have a Registered Nurse on site, follow infection control and equipment sterilization procedures, and must accommodate emergency equipment. Therefore, if a crisis occurs, the ambulance crew can get a stretcher into the clinic and quickly get the patient to a hospital.

Critics of HB 574 say it will be cumbersome for clinics to meet the regulations. To comply, some may have to make changes. They claim a similar law in Texas put 18 of 20 abortion providers “out of business, never to return.” This statement is misleading at best. A quick internet search for abortion facilities in Texas reveals at least 25 facilities performing the procedure all across the state. In fact, the number of abortions in Texas has increased in recent years, not decreased.

Whether or not abortion clinics in Pennsylvania would close as a result of HB 574 remains to be seen; but Pennsylvanians will agree that it is reasonable to expect clinics where surgical abortions are performed to be held to the same standard as a clinic performing any other surgical procedure.

It is unfortunate that HB 574 cannot put an end to abortion. Until Roe v. Wade is overturned, no state legislation can do that. But if abortions are occurring in our state, we must put an end to policies that favor the abortion industry over women’s health.

HB 574 passed the PA House of Representatives with a 148-43 vote on May 11, 2011. Use PCC’s online tools to send a thank you message if your State Representative voted “yes” and urge your State Senator to support the bill when it comes up for a vote in that chamber.