A Footprint of Faith: The Catholic Church in Pennsylvania 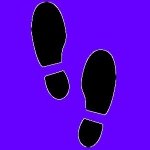 Catholics have been living and worshipping in Pennsylvania since William Penn launched his “Holy Experiment” here in the 18th century. Every small town and large city bears the influence of Catholic culture. Cathedral spires are historic landmarks, Catholic hospitals have cared for generations of families, and each community reflects the culture of the millions of Catholic immigrants who came to America seeking a better life.

But the real legacy of the Church is in how Catholics live out the Gospel in their own communities.

In 1797, the first formal Catholic charitable institution in Pennsylvania was an orphanage and trade school in Philadelphia. More than 200 years later, the Catholic Church continues to minister to people in need.

Catholic Charities agencies provide direct aid to the poor with food pantries and soup kitchens, housing and utilities assistance, and help with clothing and other basic needs.

In 2010, more than 360,000 individuals received services from a Catholic Charities agency in Pennsylvania, and many of them benefit from more than one service.

Catholic schools are another rich part of Pennsylvania’s history. The first parochial school in the United States, St. Mary’s, opened in Philadelphia in 1782. The school is still helping students reach their potential.

Today, Pennsylvania’s approximately 540 Catholic schools are teaching more than 150,000 students. Catholic schools provide jobs for over 10,000 teachers and other professional staff. Most Catholic high schools rightly boast graduation rates at or near 100% for non-transferring students, as well as SAT scores above the state and national averages. Of those graduates, over 90% go on to attend either a two- or four-year institute of higher learning.

Catholic parochial and diocesan schools educate students by establishing high goals and standards as well as strong motivation and effective discipline, all within a nurturing atmosphere. Catholic schools aim to develop each student as a “whole person” – academically, of course, but also spiritually, physically and emotionally.

In two centuries, Pennsylvania’s Catholic schools have educated countless leaders, entrepreneurs, inventors, and even a saint or two.

Both Catholic and non-Catholic students attend parochial and diocesan schools, but the thousands of Catholic students who attend Pennsylvania public schools are also well-formed in our rich faith. They learn and grow in their Catholic identity through parish ministries. In all, approximately 440,000 students receive Catholic instruction every year.

Catholic hospitals are another fixture on the Pennsylvania landscape. Generations of Catholics, often women and men in religious orders, came to the Pennsylvania with a mission to care for the sick, the aged and the dying.

There are Catholic hospitals, long-term care facilities, multi-facility health systems, special providers or other related entities in every community. The Catholic health care system provides healing and comfort through many programs and facilities, ranging from large, state-of-the-art hospitals and emergency rooms to small neighborhood personal-care homes and mobile clinics.

Catholic providers are an integral part of our health care system. They operate with a fundamental commitment to the sanctity and dignity of human life and demonstrate a special concern for the poor and most vulnerable members of society. Often Catholic facilities are the provider of last resort for those who are very poor and very sick.

As we consider this strong and vibrant Catholic presence in Pennsylvania, it is easy to feel proud, but we should not feel content. As those of you familiar with the work of the PCC know, threats to religious liberty, the dignity of the human person and other issues of importance to Catholics have become frequent. We also have opportunities to make advancements that would benefit Catholic health care and education, would strengthen our service to the poor and would better enable us to live out our Gospel values. Complacency would not have been tolerated by those who laid this solid foundation over the past 200-plus years, and it should not be tolerated today. And so, as we look to the public policy issues that will face us in 2012, let us be inspired by knowing that our family of faith extends across our entire state and reaches our brothers and sisters in every walk of life.

This article appeared in the Fall 2011 issue of the Viewpoint