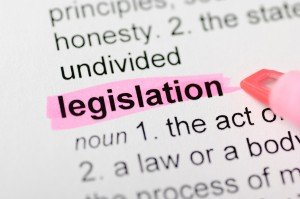 Pro-Life Legislation – House Bill 1948 would have banned barbaric dismemberment abortions and abortions when the unborn baby is able to feel pain (20 weeks). It passed in the House, was voted out of the Senate Judiciary Committee, but the session came to an end without a Senate vote. Governor Wolf promised to veto the bill, so it would have been unlikely to become law. The election brings some small but important political changes to Pennsylvania’s General Assembly which could bring strength to the pro-life cause in the next session.

Human Trafficking – Senate Bill 851 would have ensured that juvenile victims of human trafficking are not prosecuted as criminals and that support services are made available to them. No action was taken by the end of the session, but legislation may be reintroduced next session.

Organ Donation –The Pennsylvania Catholic Health Association was successful in amending legislation that encourages organ donation so it is clear who is able to receive information and/or consent to an organ or tissue gift on behalf of a patient. The amended bill did not allow presumed consent for patients who have not explicitly indicated their wishes to donate organs; however, the General Assembly did not take up the bill before the end of the session.

Much work has been done with work groups behind the scenes on the issue of Physicians Orders for Life-Sustaining Treatment (POLST). Draft legislation has already been submitted to the State Joint Government Commission Subcommittee on Powers of Attorney and the Legislative Reference Bureau in preparation for its introduction next session.

Educational Improvement Tax Credit (EITC) & Opportunity Scholarship Tax Credit (OSTC) – The legislative session ended with strong public statements by Speaker of the House Mike Turzai (R-Allegheny), urging a significant increase in the EITC and OSTC programs next year. He announced this at several press conferences at Catholic schools in different parts of the state. Rep. Turzai has set this as a priority for the next session.

Statutes of Limitation Reform – House Bill 1947 was a proposal to reform the statutes of limitation for childhood sexual abuse The House of Representatives voted for legislation that would eliminate the criminal statute of limitations in the future, extend the civil SoL for future cases and give an equal opportunity for victims in public institutions to bring suit (sovereign immunity prohibits these victims from suing now). The bill would also retroactively nullify the civil statute of limitations for past childhood sexual abuse cases from decades ago. In June the state Senate voted 49-0 in favor of an amended version of House Bill 1947 that removed the controversial retroactive provision, citing conflicts with Pennsylvania’s state constitution as the reason for the change. The Senate version maintained prospective changes to the law. The House Rules Committee did not act on the Senate-amended version of the bill; therefore it simply died at the end of the session.

Leaders of those pushing for the legislation stated publically that they are unwilling to accept any bill that does not include retroactivity. While the session comes to an end, no retroactive window was enacted; but it is anticipated that the proposal will be introduced again in the next session. The fight for fair statute of limitations reform is far from over.

Sexual Orientation Non-Discrimination Legislation – Legislation that would add “gender identity or expression” and “sexual orientation” to Pennsylvania’s non-discrimination law was again debated this session. Changing the Pennsylvania Human Relations Act (PHRA) will jeopardize many churches and their charitable outreach if they continue to adhere to their religious beliefs.  In other states, this law has closed Catholic adoption agencies and violated religious liberty. These bills could mean that Catholic agencies would no longer be able to make our contributions to the common good of Pennsylvania without violating our religious beliefs.

One bill passed in the Senate Urban Affairs and Housing Committee, but no further action was taken so the legislation died at the end of the session. This potential threat to religious liberty will need to be addressed in the new session.