No Stoppage in the Learning at Lancaster Catholic High School! 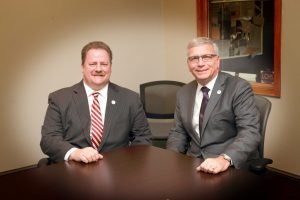 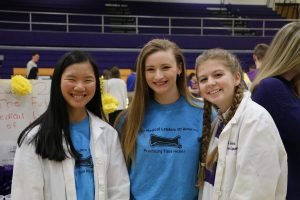 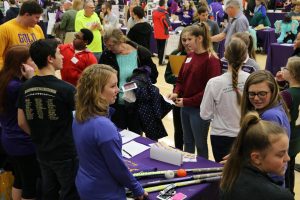 We’ve been thoroughly impressed at how the Catholic schools around Pennsylvania have kept up instruction with few or no days off after the shutdown. This came as many public schools took at least two weeks off.

One of the schools that kept on top of learning and didn’t miss a beat was Lancaster Catholic High School. I got some insight from what all led to this from L.C.H.S. Principal Terry Klugh and President Tim Hamer.

“Back in 2014 the state opened up for short time, a window into kind of emergency off-site learning,” said Klugh. “It was geared around the idea of a snow day. We were allowed by our diocese to pilot in 2014 some kind of snow-day learning and we actually did do a couple of days and in order to do that we had to do a lot of planning–homework requirements, attendance requirements, how teachers would adjust.”

Administrators knew it was there and would occasionally talk with the faculty about its function and how to develop it. It was always with bad weather in mind, certainly not a pandemic.

Then last summer the Governor signed into law the bill introduced by Sen. Kristin Phillips-Hill (R-York) to allow schools to use–if they chose to–flexible instructional days. To their credit, Catholic schools across the state were on this very quickly.

“Obviously the key to the whole thing is that our school is a one-to-one school, all students are issued tablet devices, Google Chrome books is what they are,” said Hamer. “And then when it became apparent that second week in March that something might happen we did a couple of in-service days for both teachers and students leading up to that week before the shutdown was announced.”

Not the best news short-term for kids looking for two or three weeks of sleeping in til 2 p.m., but a good thing in the long run. Yeah, grumble, grumble. Been there.

‘It’s a challenge. There’s nothing easy about it,” said Hamer. “For teachers adapting…in some cases the way they’ve been teaching, the methods they’ve been employing for decades, adapting to this new environment is certainly a challenge.”

To their credit administrators, realized that students might be sharing computer or wifi time with other members of their family, so they prepared the lessons where kids could do it any time of the day. Okay, so maybe they could still sleep in til noon. (But it’s probably best not to!)

Much of the focus now continues to be on what they can’t replace with virtual learning–the end-of-the-year rituals for the students, especially those who are graduating.

“Our hearts are breaking for our seniors,” said Klugh. “As each week ticks off they miss a Catholic High tradition, something else they missed, some breakfast, the last musical, the last play, spring sports. The last things that are ticking off… they’re just missing. Our heart is really breaking for them. We’re trying. We’re really meeting over what we can do about that.”

Klugh says they’ve been having special graduation team meetings to talk about the possibilities and finding solutions.