“I wanted to go to school” 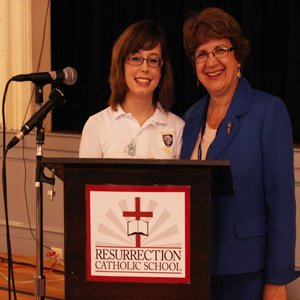 That’s what the difference was for one EITC scholarship recipient, Junior Courtney Scheingraber, after she used school choice scholarships to transfer to Lancaster Catholic. Scheingraber was one of the speakers at a recent press conference in support of Senate Bill 1 at Resurrection Catholic School in Lancaster, PA.

Click here to see a sampling of photos from the event.

Click here to read one of the resulting news stories.