‘The public derives great benefit from an educated citizenry’ 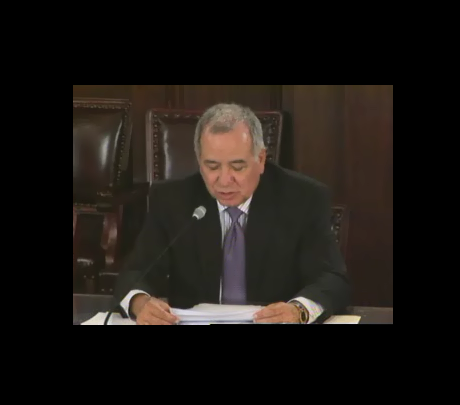 Attorney Philip Murren, a partner in the law firm Ball, Murren & Connell and legal counsel to the Pennsylvania Catholic Conference (PCC), testified about the constitutionality of school vouchers at a House Education Committee hearing in Harrisburg on August 3. All parents should be able to choose a school that best suits their children. Financial realities often preclude parents from having that choice. School choice puts those options within reach. The PCC supports school choice because it’s good for students, families, schools and communities. Click here to send a message to your state legislators in support of school choice.

Opponents of school choice point to a provision in Pennsylvania’s Constitution that prohibits tax dollars from being appropriated to “denominational or sectarian” or, in other words religious, institutions. (see Article III, §29).

Murren said this provision has been authoritatively interpreted by Pennsylvania’s courts to mean that the Commonwealth cannot grant “mere gratuities” to residents or institutions. Instead, the state may only appropriate funds for programs which will further some public purpose. He explained, “When other forms of aid to children who attend nonpublic schools have been challenged under this provision, our State Supreme Court has always found that the public derives great benefit from an educated citizenry, and that assisting children to fulfill their compulsory attendance obligations is in furtherance of that public goal.”

He listed the exceptions that appear in the constitutional section. Appropriations can be made for pensions for military service, to blind persons 21 years of age and upwards, to mothers having dependent children, to aged persons having no adequate means of support and for scholarship grants and loans for higher education purposes.

Opponents of vouchers use a “twist of logic” in their argument by making the assertion that since scholarships for post-secondary education are expressly permitted, then any other programs that pay for the cost of any other kind of education must be prohibited.

“The consistent principle that emerges from all those authoritative interpretations is that the prohibition is not to be interpreted in an extreme fashion and in fact forbids only the making of appropriations that do not serve any public purpose, as opposed to a purely private purpose, and therefore could be characterized as mere gratuities.”

School choice proponents believe that vouchers are defensible under any provision of the state or federal constitutions.

Murren concluded his testimony by saying, “Since school choice legislation at the elementary and secondary school levels would not entail appropriations made directly to a named school, but rather to the Department of Education for disbursement as a result of the independent choices of individual parents, this provision would not apply to this type of program.

“If the General Assembly should now recognize that it is only fair that these parents be accorded the benefit of a portion of their tax payments in the form of financial assistance for the education of their children, the legislature would be fulfilling a truly public purpose of the type which legislatures are constitutionally empowered to pursue.”